fresh Ideas to differentiate a brand

Coral Expeditions is the Australian pioneer of small ship expedition cruising. Having been originally engaged to develop a new brand identity, advertising material and website, based around an existing logo, we were now faced with a new challenge. That was to differentiate our client from the plethora of so-called “Expedition Cruises” especially by the large ocean liners.

To achieve this we commissioned illustrations that embody etchings from the early explorers through the symbolism of a Ceremonial Mask from the Kopar Village in Papua New Guinea; the whalesharks of Cenderawasih Bay in the Spice Islands; and Australia’s most southerly lighthouse in Maatsuyker Island, Tasmania. Our advertising takes stories directly from the Voyage Logs where these rare, historic and spectacular finds are encountered. These images spearhead a campaign across multiple media to promote Coral Expedition’s experiences. 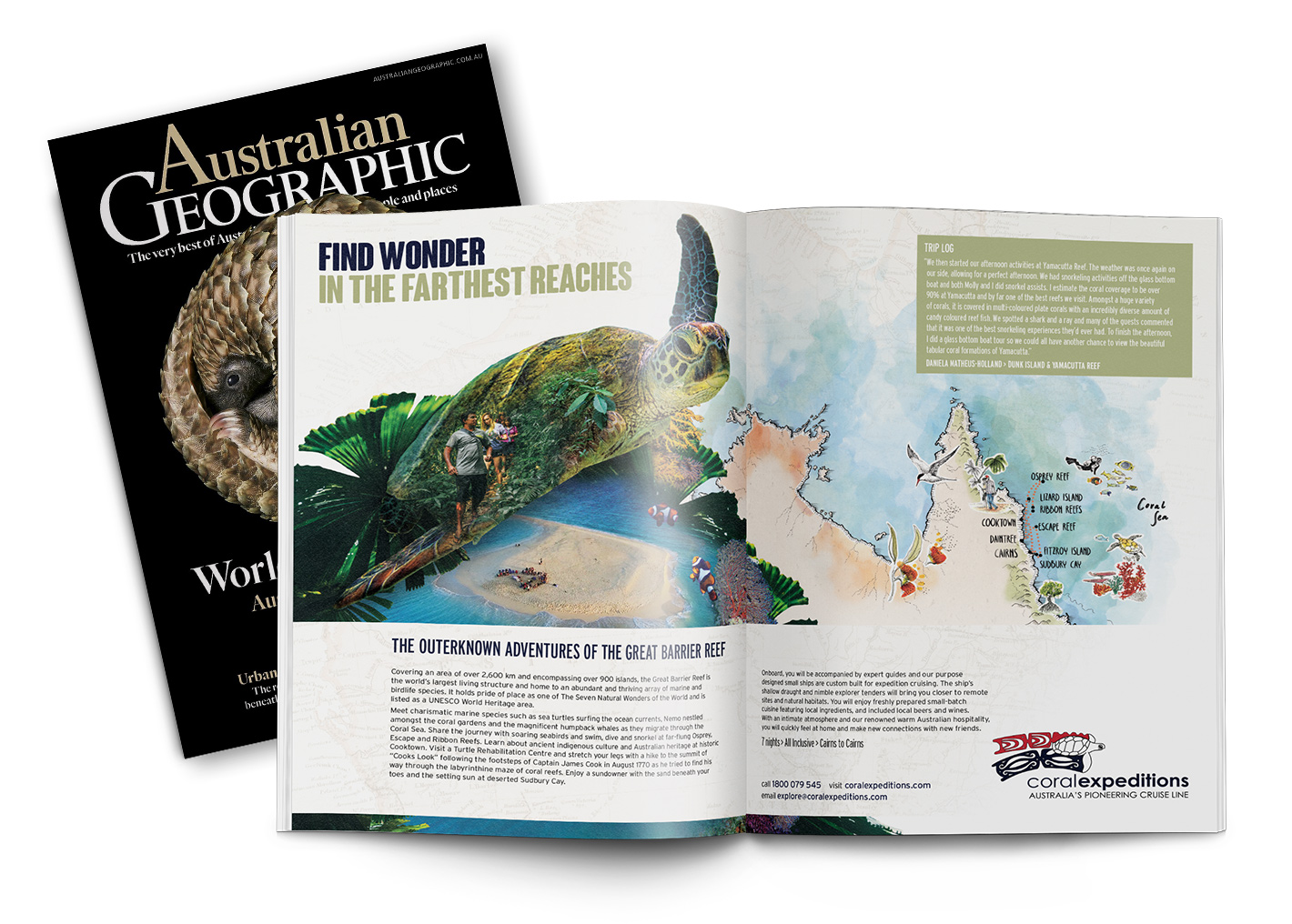 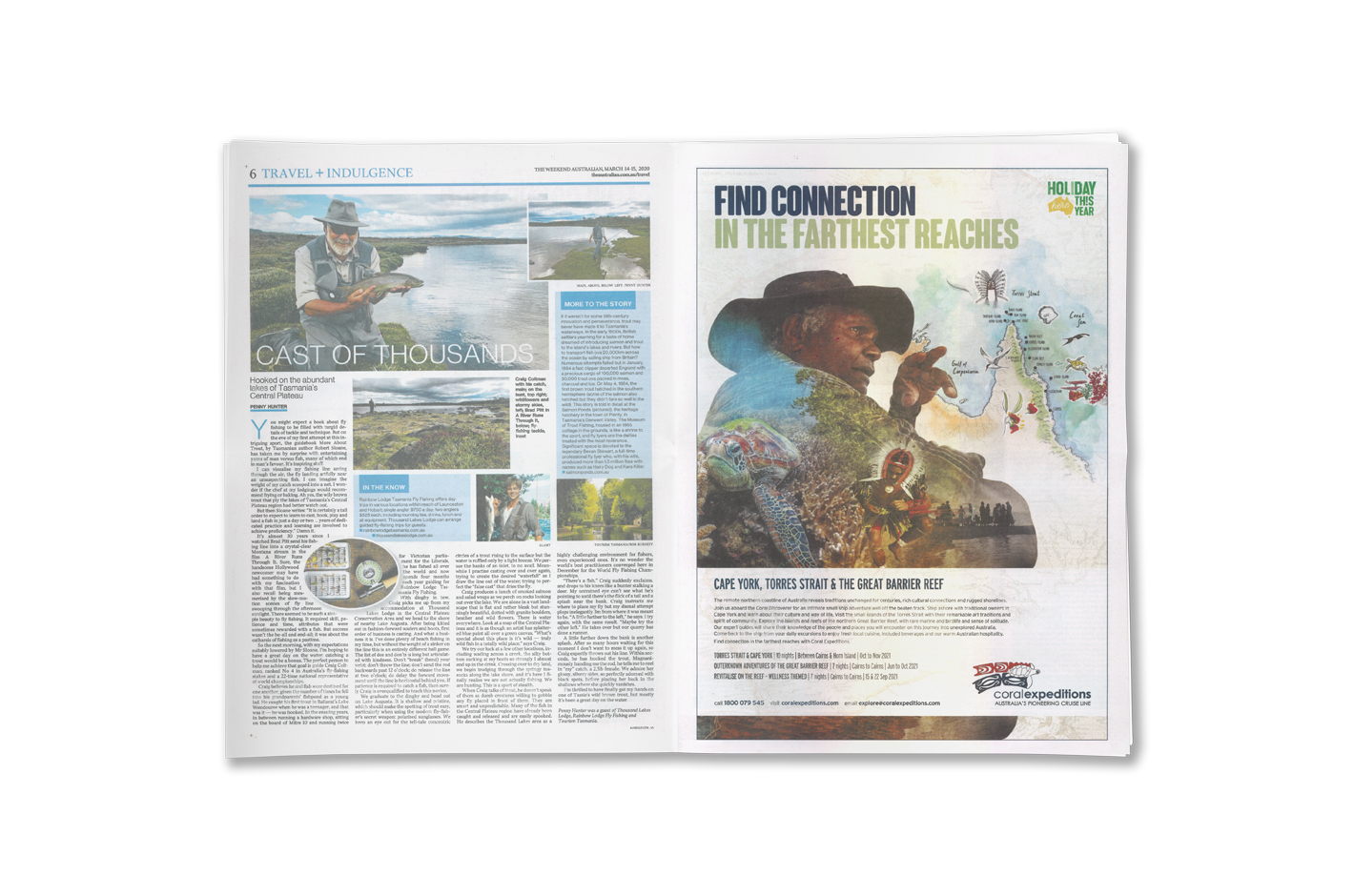 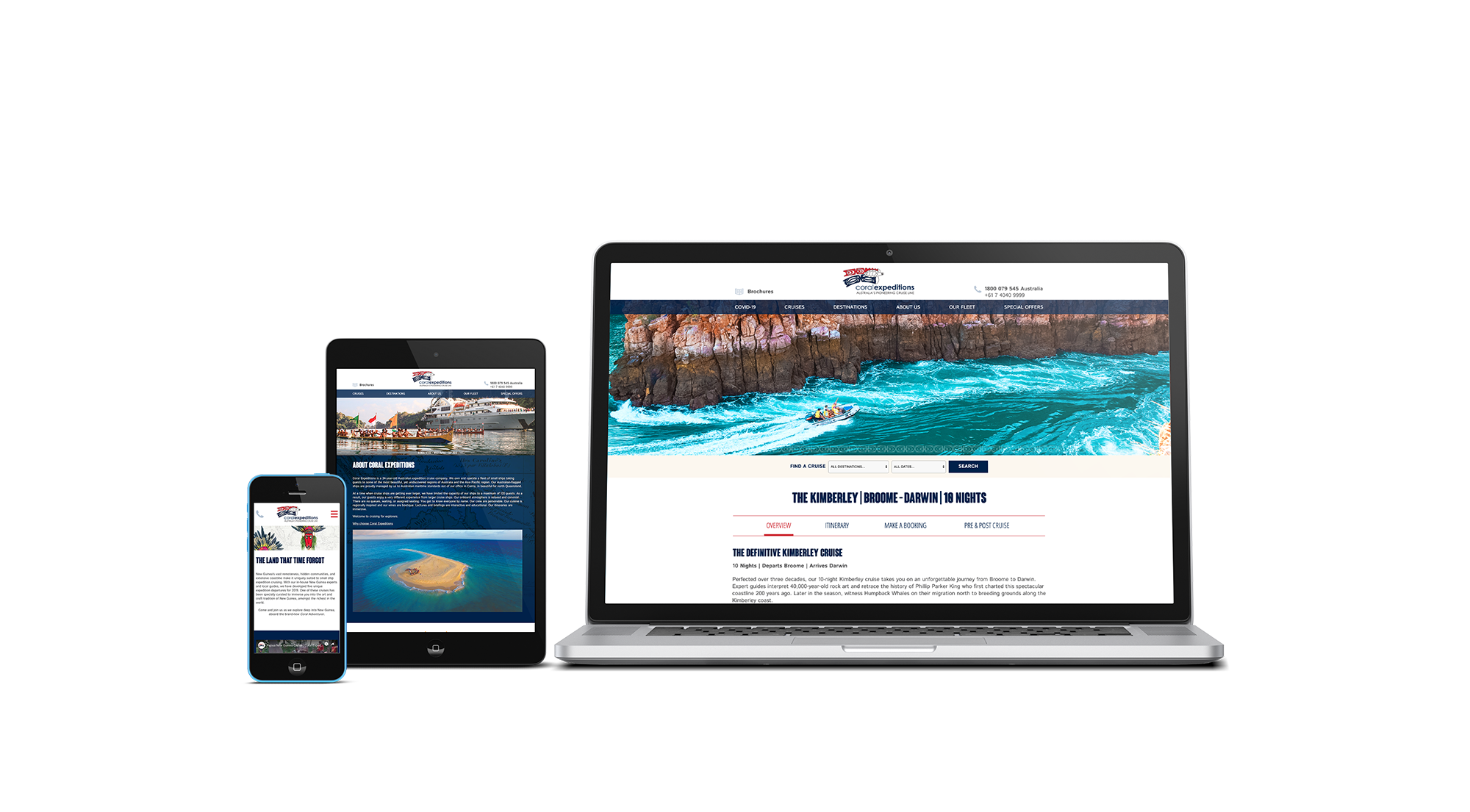 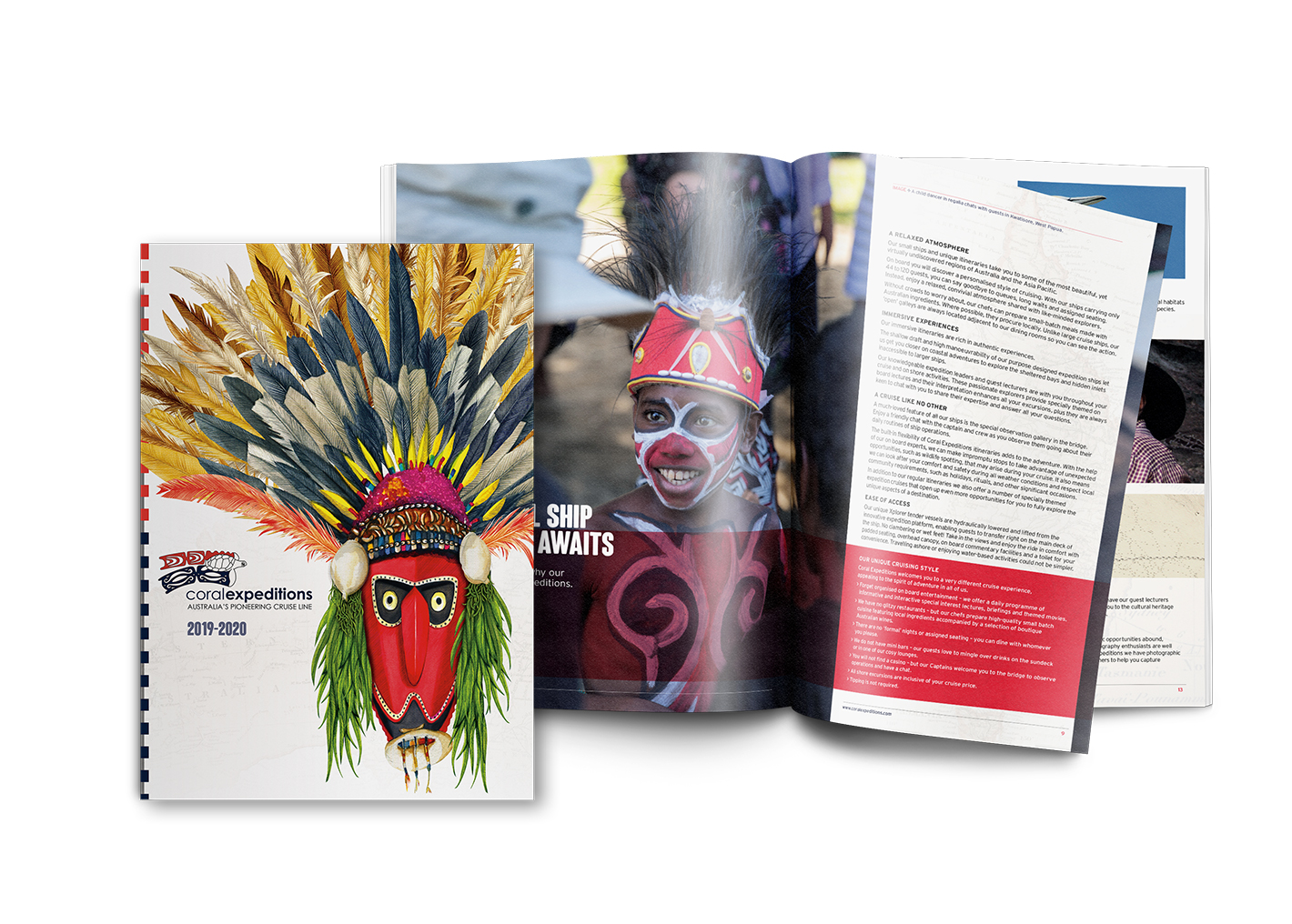 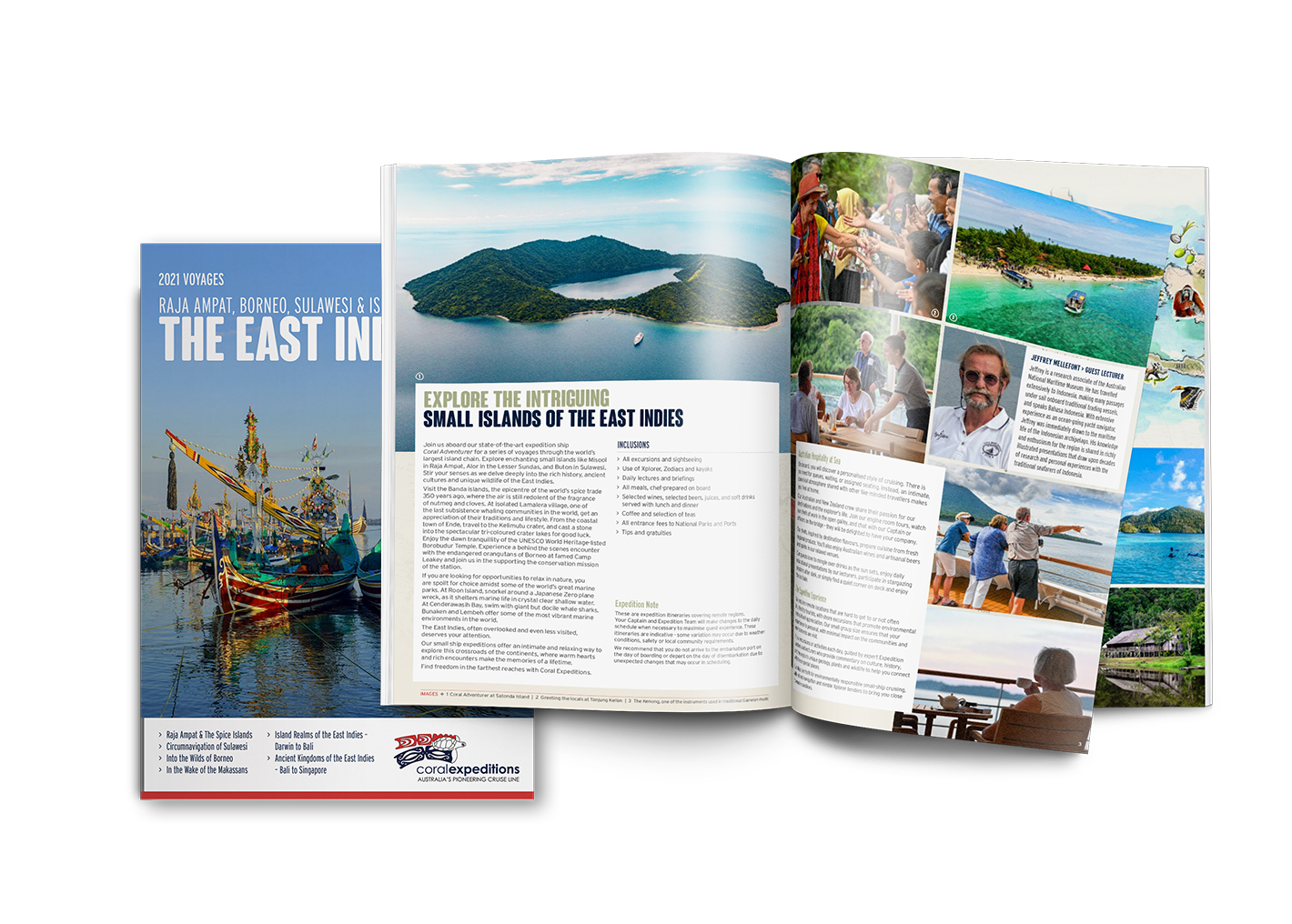 Get In Touch Back to Our Work